‘Thrashed’ in school, 12-yr-old dies unable to get bed in hospitals 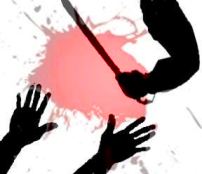 New Delhi: A 12-year-old boy, who sustained head injuries after being allegedly thrashed by a teacher, died due to delayed hospital admission in the national capital.

The father of the Class VI student dropped him at a school in Greater Noida’s Badalpur region, like any other day on October 7. However, just before the school was about to get over, he got a call from the school informing his son Prince had fallen unconscious.

He rushed his son to the nearby health clinic which referred him to a hospital. The hospital referred the child to a higher centre for further management.

However, the family rushed to Safdarjung hospital, but they didn’t admit the child in absence of beds. They went to Ram Manohar Lohia Hospital and then to GB Pant, but the admission was denied.

According to the family, they finally got the bed for his son at LNJP Hospital. Prince was operated upon the next morning. However, the child died hours later, on Saturday evening.

Meanwhile, his father said that when he inquired about the incident at the school, Prince’s classmates told him that he was beaten with a cane by his teacher. He said that his son had injury marks on his chest, thighs, shoulder, back and even on his thighs.

As per the report, the child was hit on the hands with a stick thrice by the teacher as he failed in a class test.

After being hit, he fell down and started vomiting and later got unconscious in the classroom.