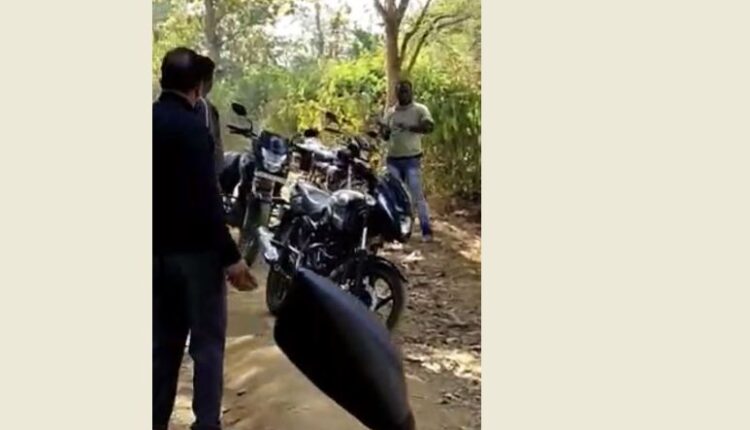 Loisingha: It was a scene directly from a Bollywood commercial movie when three armed looters tried to escape by frightening villagers and police in Odisha today. But they were persuaded to lay down arms by police personnel with the help of locals and arrested later. The incident occurred in Loisingha of Bolangir district today morning.

Jana Ranjan called up the Loisingha IIC and informed him about the matter. The local police immediately swung into action and a team of police personnel chased the five looters.

Out of the five looters, two managed to escape whereas three others tried to frighten the police and villagers. But, they were persuaded to lay down the arms by the police and later arrested.

A senior police official said two of the five looters managed to escape. Investigation into the loot case is on and the accused are being questioned.