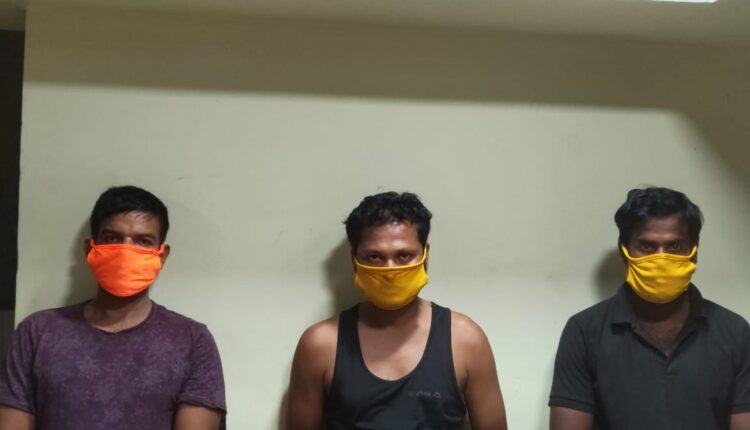 Bhubaneswar: The Commissionerate Police today nabbed three persons for their alleged involvement in robberies in different parts of Bhubaneswar including one such case at the house of a woman DSP.

Based on various inputs and information, a team led by ACP Special Squad and comprising of officers of Kharavelnagar PS and Khandagiri PS arrested the three persons.

The accused persons used to move in the wee hours and were targeting mostly ladies wearing gold ornaments. At gunpoint the accused were robbing women after terrorising them, he added.

Further investigation is on to detect the other group members if any and to recover more properties, the police officer added.