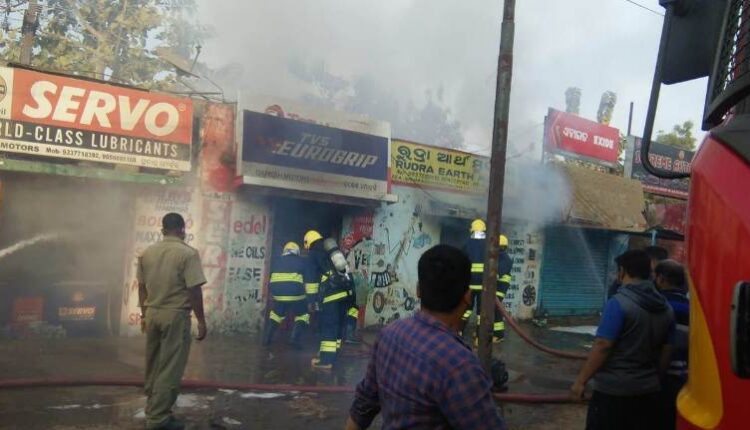 Initially some passersby spotted smoke emanating from two shops at around 3:30 PM. As owners of the shops were away for lunch, no one was present in the shops, said an eyewitness.

By the time two fire tenders reached the spot after being informed, three shops were engulfed in the fire. Fire personnel doused the flame few hours of operation, otherwise 20 other shops could have been damaged, another eyewitness stated.

Odisha: One killed, three others injured as portion of under-construction bridge collapses