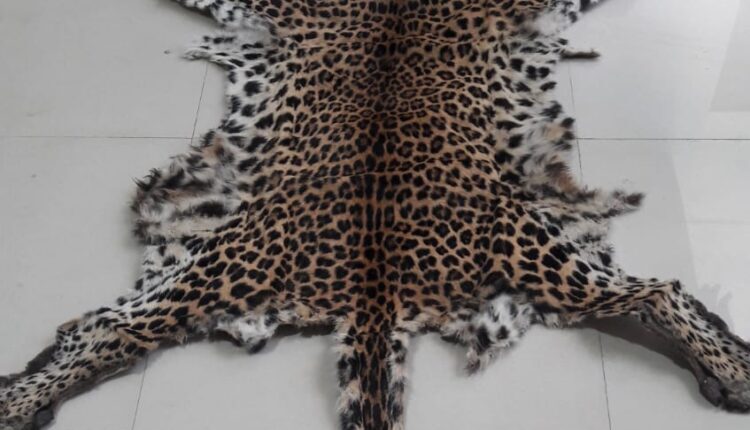 Bhubaneswar: The Special Task Force (STF) of the Odisha Crime Branch seized a leopard hide from the possession of a person at Baramunda in the city and arrested him, official sources said today.

The accused has been identified as Prasant Kumar Naik of Karanjia area in Mayurbhanj district. He works as a driver with a private university.

According to reports, Naik had planned to sell the leopard skin to a person at Baramunda yesterday afternoon. Acting on a tip-off, the STF team reached the spot and recovered the leopard hide from the side box of his motorcycle. He was apprehended and forwarded to court.

A case under Sections 379 and 411 of the IPC and 51 of the Wildlife (Protection) Act has been registered in this connection. Further investigation by the STF was underway to ascertain the involvement of others in the offence.

The leopard hide will be sent to the Wildlife Institute of India, Dehradun for chemical examination.