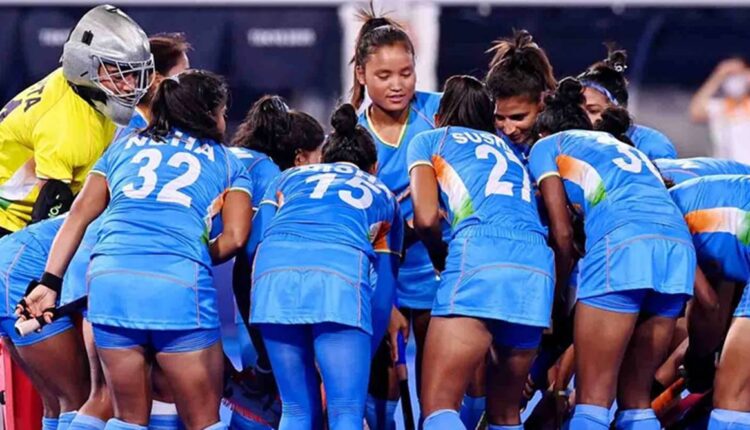 Tokyo: India’s dream of a gold medal on their maiden entry into the knockout stages of the women’s hockey competition came to a premature end when the team lost 1-2 to Argentina in the semifinals at the Tokyo Olympics here on Wednesday.

It looked like India’s fairy-tale run, which saw them reach the semifinals after losing their first three matches, will continue when drag-flicker Gurjit Kaur put them ahead in the second minute. Reaching the final would have assured India a medal but that was not to be as Argentina came back strongly and ended India’s dream.

Skipper Maria Noel Barrionuevo scored a brace of goals as Argentina emerged 2-1 winners to reach the final and set up a clash with reigning world champions the Netherlands on Friday.

India will play Great Britain for the bronze medal on Friday.

The Indians were slack in midfield and defence on Wednesday and made a lot of mistakes that resulted in their good start turning into a close defeat.

India made a brilliant start as they earned an early penalty corner and went into the lead. Gurjit Kaur put India ahead in the second minute when she sent a powerful flick past the experienced Argentine goalkeeper Maria Belen Succi to give her side the lead.

Gurjit, who struck the winning goal against Australia in the quarterfinal, has grown more confident in the knockout matches and on Wednesday sounded the board with a powerful flick that did not give goalkeeper Maria time to react.

The Indians dominated the first quarter and held possession. Vandana Katariya and Navneet Kaur made some good runs into the shooting circle. The Indians created a couple of good chances but could not double their lead.

Argentina established their ascendancy into the midfield as the Indians fell back to defend, left too many spaces and the South Americans slowly took control of the match.

They struck early in the second quarter and levelled the score when skipper Maria Noel Barrionuevo made no mistake in the 18th minute as she took the penalty corner in the absence of Agustina Gorzelany, their short-corner expert.

The second quarter belonged to Argentina as the Las Leonas firmly established their superiority. They attacked from the left flank as forward Merino Delfina teamed up with midfielder Agostina Alonso and Valentina Llanos to break open the Indian defence and caused a lot of troubles for Deep Grace Ekka, Gurjit, and Udita.

Argentina went into the lead in the 36th minute when skipper Marina Noel capitalised on another penalty corner and the ball took a deflection off an Indian player’s foot and went into the goal. The umpire checked with the video umpire whether it had hit the Indian defender’s leg above the knee. The video umpire replied in the negative and the goal stood, making it 2-1 for Argentina.

The Los Leonas, with coach Carlos Retegui urging them on, created some good moves and put the Indian defence under tremendous pressure, which made several mistakes but survived as the score remained 2-1 in Argentina’s favour as the team went into the last quarter.

The Indians were aggressive and created some chances and Vandana and Sharmila came close; they earned their fifth penalty corner but found the Argentina defence, and the goalkeeper thwarted them from getting the equaliser.