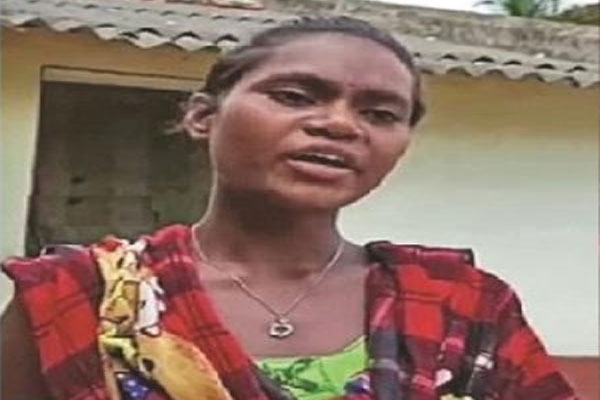 Bhubaneswar: Amazed by the melodious voice of a tribal girl from Chintaguda village of Koraput district, Ollywood actress Varsha Priyadarshini has volunteered to help her achieve her dreams.

Namita Meleka, a teenager with a nightingale’s voice has become the latest internet sensation after a video of her singing Hindi song ‘Chunar’ from Bollywood movie ‘ABCD 2’ went viral on social media.  Varsha stumbled upon the video and she could not help but appreciate the young girl’s talent.

Varsha took to Twitter and shared Namita’s singing video on the micro-blogging platform. Appreciating her singing skill, Varsha wrote, “What a magical voice she has, God gifted talent…My sincere prayers & blessings to dear little sister Namita for her bright future …. Talent should not be hidden…I would like to be a small part in her journey to help her & inspire her to achieve her dreams & be successful & set an example for all the young talents, who wish to fulfill their own dreams.”

“I would like to take an initiative to start her career with a Jagannath Bhajan, with Sangeet Guru’s guidance.  God bless you dear Namita. Believe in yourself & be unstoppable. We all are with you… Jay Jagannath,” the actress added.

Namita comes from a tribal labourer’s family and thus, never had the chance to try her luck. But the tables have turned now. With her singing videos going viral, the young nightingale has smashed all the confinements that held her back.

Apart from her native language Kui, Namita can sing both Odia and Hindi songs.

Recently, Koraput Collector had payed a visit to Namita’s family and he provided them some financial assistance. Young Namita had later expressed her desire to purchase a television with the received amount.