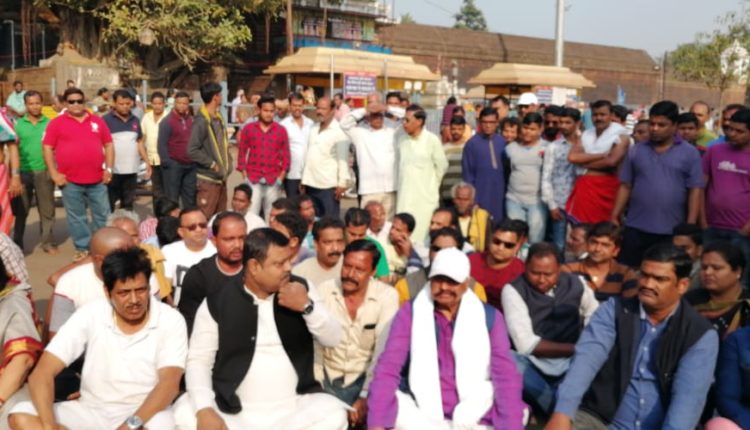 Bhubaneswar: Opposing the eviction drive around the Lingaraj Temple in Odisha capital, local traders today staged a dharna in front of the Lingaraj police station.

Several Congress leaders and workers led by MLA Suresh Kumar Routray also joined the protest by the traders, who demanded rehabilitation before eviction.

“We are not opposing the beautification project of the temple. However, the shopkeepers should be rehabilitated before demolition of their shops,” a trader said. The eviction drive is being carried out without holding talks with the affected traders, he alleged.

Several locals, who had constructed houses on government land, also resorted to dharna after their houses were razed yesterday.

Later, the eviction drive was suspended after a discussion between BDA  officials and the traders. A meeting will be held tomorrow under the chairmanship of BMC Commissioner, where the demands of traders will be placed by a 10-member delegation.

Illegal structures located on the stretch from Singhadwara of the temple to Bhajan Mandap and sub-station will be cleared in the first phase.