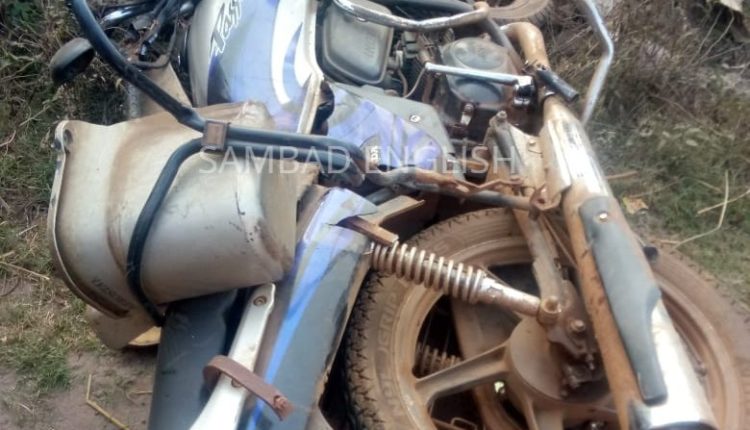 Jajpur: In a heart-wrenching incident, a man died after being run over by a truck while he was rescuing a road accident victim on NH-53 at Baghua Chhak under Jenapur police limits in Odisha’s Jajpur district, today. The mishap victim also succumbed to his injuries.

According to reports, one Chandrasekhar Dwivedi (42) of Sukinda area in the district sustained critical injuries after a speeding truck hit the motorcycle on which he was travelling at Baghua Chhak.

In the meantime, Ajay Behera (45) of Kabatabandha village under Jenapur police limits, who was heading towards Chandikhole on his motorcycle, stopped at the spot and telephoned ambulance service for rescue of the victim. Unfortunately, a cement-laden truck ran over Behera killing him on the spot.

Later, Dwivedi was rushed to the Tata Hospital in Kalinganagar, where doctor declared him dead. Tension ran high after the incident as irate locals blocked the portion of the NH affecting vehicular movement. Hundreds of vehicles remained stranded on both sides of the road.

The blockade was withdrawn after police and district administration officials reached the spot and pacified the locals. An amount of Rs 10,000 was released for the family of Behera from Red Cross Fund.

Police have seized the cement-laden truck and started investigation.