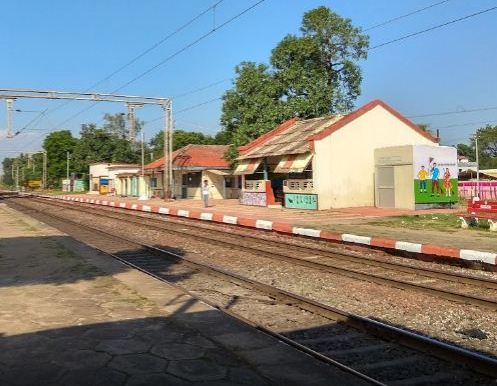 Jharsuguda: In a tragic incident, a freight train ran over a girl and a youth killing her on the spot and injuring him critically at Bagdehi railway station in Odisha’s Jharsuguda district, today.

The deceased has been identified as Sophia Mahanand (20). Victim Roshan Mahanand (22) has been admitted to the District Headquarters Hospital for treatment.

According to reports, Sophia and Roshan had eloped and were staying together in Brajarajnagar. The two had come to their relative’s place at Budhapada in Bagdehi four days ago.

This morning around 10 am, they reached the railway station to return home. The duo was crossing the track under the stationary goods train at platform no. 4 when the train left the station. The train ran over the girl severing her into two pieces from her waist. On the other hand, Roshan lost his hand and leg in the mishap.

He was rescued in a critical condition and rushed to the hospital in an 108-ambulance. The Government Railway Police (GRP) have recovered the body and started an investigation.