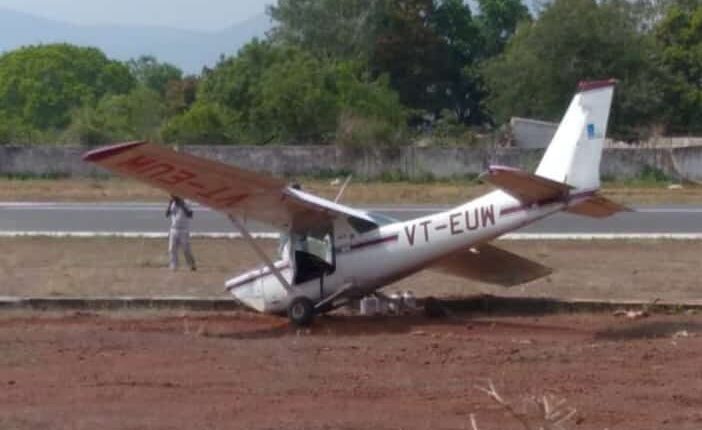 The victim has been identified as Kiran Malik of Maharashtra. He was rescued and taken to the Kamakhyanagar Hospital for treatment.

Kiran had enrolled himself with the Government Aviation Training Institute (GATI) for pilot training.

According to reports, the mishap took place between 2.30 pm and 3 pm when the aircraft fell from a height of around 15 feet.

The VT-EUW aircraft was damaged in the incident.

The airstrip authorities have intimated the incident to GATI’s headquarters in Bhubaneswar.

Notably, a two-seater trainer aircraft had crashed at the airstrip on June 8, 2020 killing a pilot trainer and a woman trainee pilot.

The deceased were Captain Sanjib Kumar Jha from Bihar, the trainer, and Anis Fatima, a woman trainee pilot from Tamil Nadu.