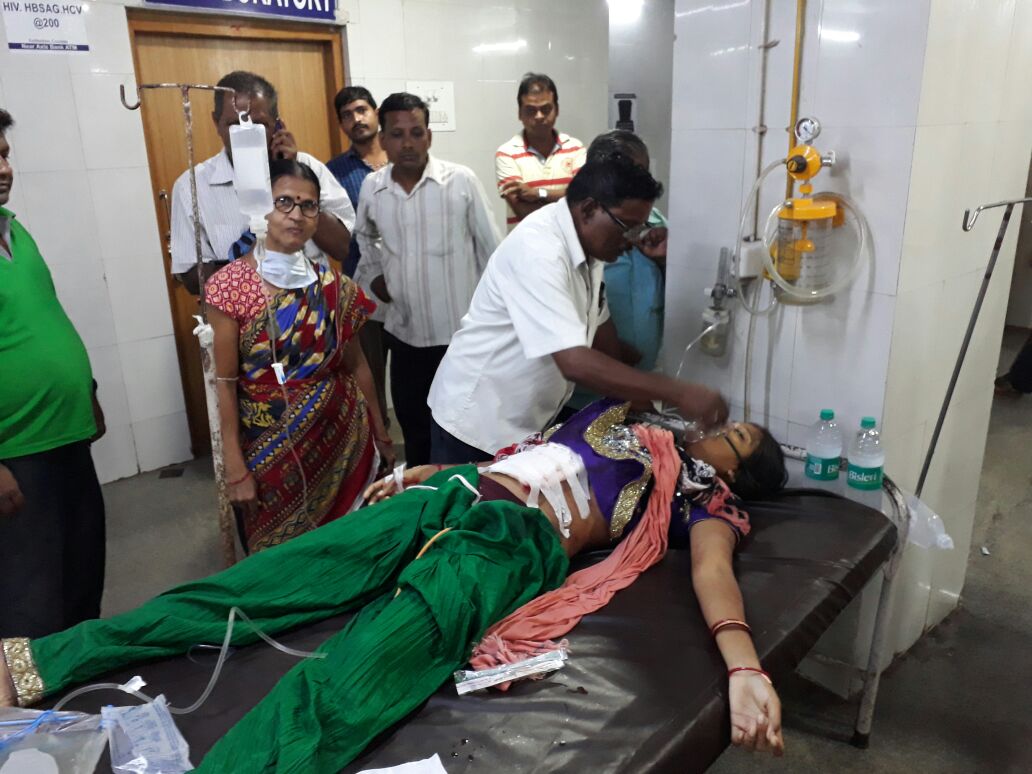 Cuttack: In yet another one-sided love affair gone awry, a youth today attacked a young girl inside a hotel room in Odisha’s Cuttack, barely a couple of days after the girl’s marriage to the assailant’s brother.

The spurned lover was infuriated over the fact that his love interest got married to his younger brother two days ago. After coming to know that the newly-wed couple was staying in a hotel in College Square area here, the youth came searching for her and barged into the hotel room where he stabbed the girl with a knife in lower abdomen area.

A profusely bleeding Manasi Muduli from Nimalakothi village in Jagatsinghpur district was rushed to SCB Medical College and Hospital in a critical condition.

After the murderous assault, the attacker identified as Biswambar Barik fled from from the spot. However, he was nabbed by Malgodown Police from Badambadi area before he could go out of bounds.

The local police are, meanwhile, interrogating him to get into the details of the incident.

“Two brothers (Biswambar and Prabir) were in love with one girl (Manasi) but she got married to Prabir a few days ago and have been staying in a lodge near College Square here. Knowing this, the enraged Biswambhar today attacked the his brother’s wife with a knife inside the lodge,” said Malgodown police station Inspector-In-Charge Trinath Mishra.

Sources said, Manasi and Biswambar’s younger brother Prabir reportedly got married five days ago without the approval of the family. After getting married, the couple was staying in a hotel near Ravenshaw University here.

Night Curfew in Odisha: Here’s the list of exempted services