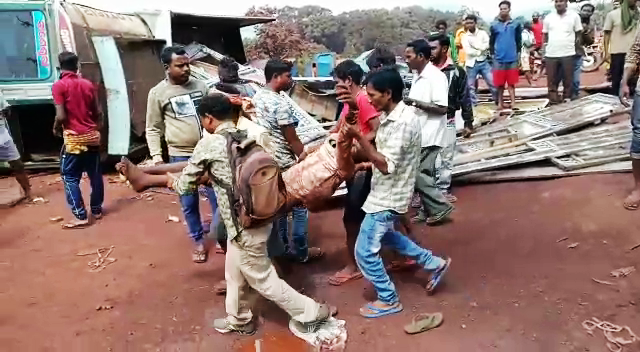 Keonjhar:  At least seven persons were critically injured after a truck carrying Jatra artistes turned turtle near a Shiva temple at Kalimati under Bamebari police limits in Keonjhar district today.

All the critically-injured persons were later admitted to Jhumpura hospital for treatment.

The incident occurred after the truck driver lost control over the vehicle, following which it overturned. The artistes are members of Baneswari Gananatya.

More details in connection with the incident are awaited.