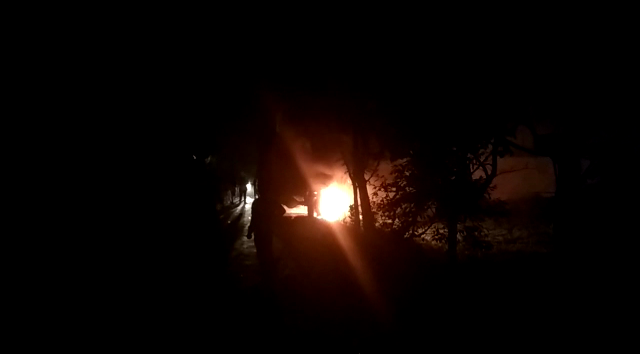 Salepur: In a tragic incident, at least two persons died and another one sustained critical injuries after being hit by a truck near Tarato under Nemala police limits in Salepur area of Odisha’s Cuttack district late last night.

The deceased have been identified as Jyoti Ranjan Das and Dilip Das of Dailo village in the area. The duo along with one Srikant Das were returning home on two motorcycles when a speeding truck mowed down the two-wheelers killing Jyoti and Dilip on the spot.

Srikant sustained grievous injuries and was admitted to the SCB Medical College and Hospital. The victims were local artistes and returning home after staging a performance in the area, reports said.

Tension gripped the spot following the incident as irate locals set three trucks on fire. On being informed, Fire personnel reached the place and doused the flames.

Nemala police have started investigation into the incident. The driver of the truck fled the spot after the accident.