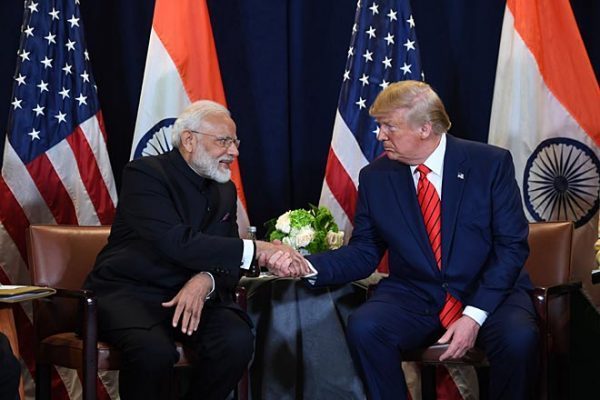 New York: The United States is concerned about the rights of minorities in India and President Donald Trump will raise these issues, especially religious freedom, when he meets with Prime Minister Narendra Modi, according to a senior administration official.

Asked about the Citizenship (Amendment) Act (CAA) and the National Register of Citizens (NRC) at a briefing on Friday on Trump’s India visit next week, the official said, “He will raise these issues, particularly the religious freedom issue, which is extremely important to this administration.”

The reporter, who posed the question erroneously claimed that the CAA is the Indian “government’s attempt to keep Muslim migrants from being able to gain Indian citizenship,” which it does not do but only provides expedited citizenship for non-Muslim refugees fleeing religious persecution in officially Islamic Pakistan and Afghanistan and Muslim majority Bangladesh.

The official said, “We are concerned with some of the issues that you have raised. And I think that the President will talk about these issues in his meetings with Prime Minister Modi and note that the world is looking to India to continue to uphold its democratic traditions, respect for religious minorities.”

“This is something that is important to the President and I’m sure it will come up,” the official added.

At the same time, the official spoke of the shared commitment of the US and India to “to upholding our universal values, the rule of law” and said, “We have great respect for India’s democratic traditions and institutions, and we will continue to encourage India to uphold those traditions.”

The official added, “Of course, it’s in the Indian constitution — religious freedom, respect for religious minorities, and equal treatment of all religions in India.”

In the US, Trump has signed the budget bill passed by Congress which has a provision similar to the CAA: The Specter Amendment excludes Muslims from the special preference given to religious refugees from Iran.

The Trump administration has advocated strong action to exclude illegal in the US.