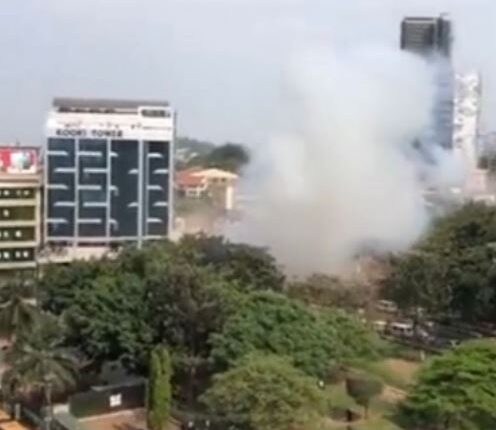 Kampala: Two explosions occurred in the centre of Uganda’s capital, where the Indian para-badminton team has gone to take part in an international tournament, but the shutters are safe.

The blasts, which are reported to have occurred just 100 meters from the hotel the Indian team is staying in, have killed at least two people and set several cars on fire.

However, Para-Badminton India took to social media and said that players are safe.

“Indian Team is Safe!There is multiple Bomb Blast 100 mtr away from the official Hotel,” it said in a tweet.

Coach Vikash Khanna also mentioned that the team is safe and there is nothing to panic.

“Nothing to panic.We all are safe here and the organisers and respective agencies are taking utmost care. Nothing to worry,” tweeted Khanna.

The Indian para-badminton team featuring Tokyo Paralympics medallists Pramod Bhagat, Manoj Sarkar and others had travelled to Uganda and reached Kampala a couple of days ago to compete at the Uganda Para-Badminton International 2021.

As per BBC report, one blast took place near Parliament, with the other close to the city’s police headquarters.

The cause of the blasts was not immediately clear.