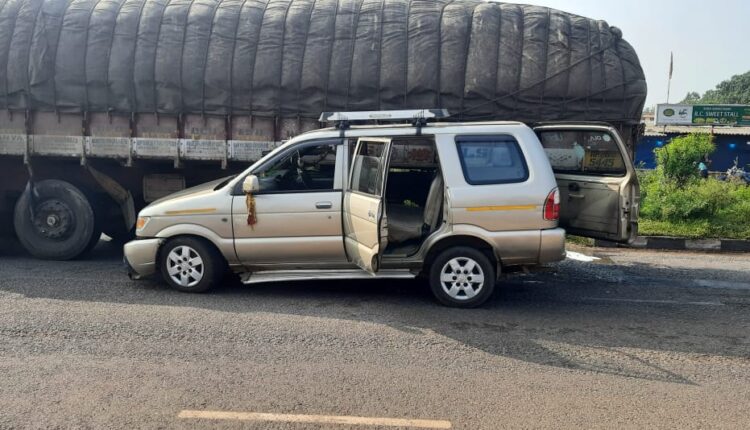 Jajpur: In a tragic incident, a truck crushed two women from Bhubaneswar to death on NH-16 at Bhatia Chhak under Bairi police limits in Odisha’s Jajpur district, today.

The deceased were identified as Susmita Padhi and Geetanjali Padhi. They were residents of Saheed Nagar in the capital city.

According to reports, the duo was travelling towards Jajpur in a car to have darshan of Goddess Biraja.

They stopped the vehicle at Bhatia Chhak and alighted from it for having snacks at a roadside shop. While they were heading towards the eatery, a speeding truck hit the two and crushed them to death on the spot.

On being informed about the mishap, police reached the spot, recovered the bodies and started an investigation. The two vehicles have been seized by the police.