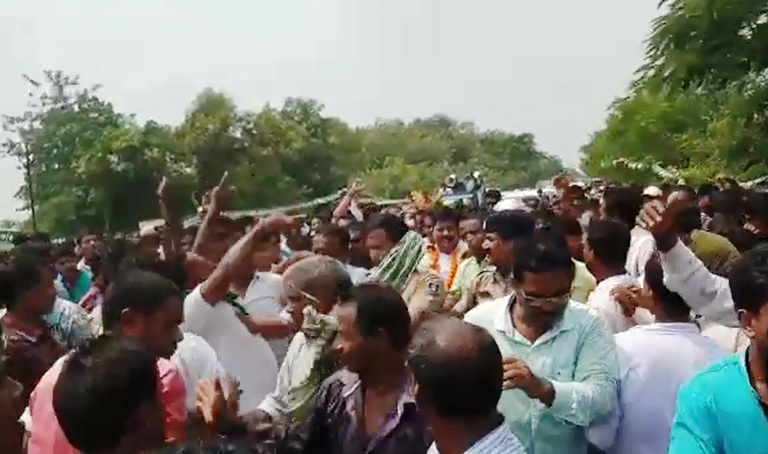 Jagatsinghpur: A scuffle ensued between two groups of BJD near Tarpur bypass during a Mahila Samavesh organised by the party at Kujang in Jagatsinghpur district today.

Sources said supporters of MLA Mallick led by BJD district observer Prafulla Samal, Minister Pratap Jena and MLA Prashant Muduli were carrying out a rally towards the Mahila Samavesh today. However, supporters of Das, shouting slogans ‘Rajashree Hatao Tirtol Banchao’, intercepted them in the midway and made various allegations against Mallick. This led to a scuffle between the two groups. However, police personnel later reached the spot and brought the situation under control.

When asked, Mallick said such act by the opponents would have no impact on the party.

On other hand, as party district president Das was allegedly not invited to the Samavesh, his supporters organized a parallel function here.

Later, BJD Mahila Morcha secretary Kanakprabha Lenka joined the Samavesh and said there is no intra-party conflict in Jagatsinghpur district and all party activities are being carried out as per the direction of Chief Minister Naveen Patnaik.