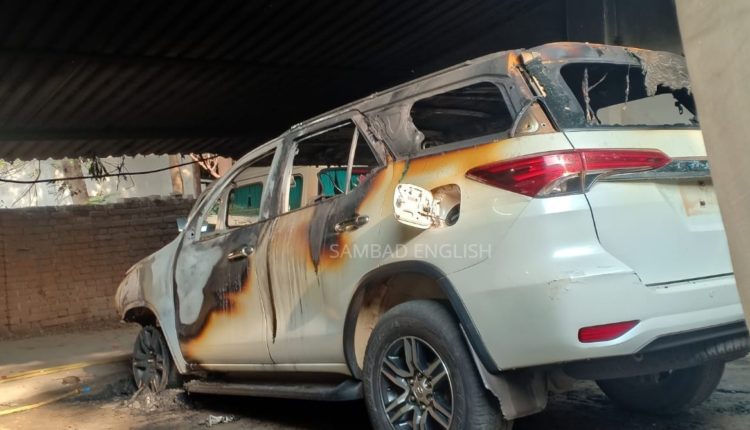 The accused have been identified as Swadhin Thamb and Jiten Mohanty. While Swadhin is the president of Yuva Samajsevi Sangathan, Jiten is its secretary.

Worth mentioning, an SUV of the legislator and an ambulance kept on the premises of the MLA’s camp office at Nandira village in the district was allegedly torched on the night of December 7 while Pradhan was inside the office. Staffers of the office had later later doused the flames.

Earlier on August 19, several vehicles were also set on fire at Pradhan’s official residence in Bhubaneswar.