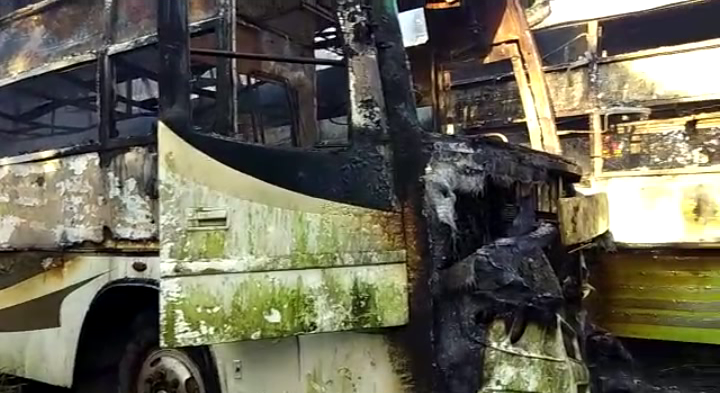 Bhubaneswar: Two passenger buses were gutted in a fire after coming in contact with two overhead high tension wires in Khandagiri area here this morning.

However, no casualty was reported as there were no passengers inside the buses.

According to reports, the buses that were parked near a petrol pump in Khandagiri last night caught fire in the wee hours after coming in contact with two overhead 11 KV wires. The two vehicles were completely gutted in the fire.

On receiving the information, the fire tender rushed to the spot to douse the flame.

The probe has been launched into the incident.