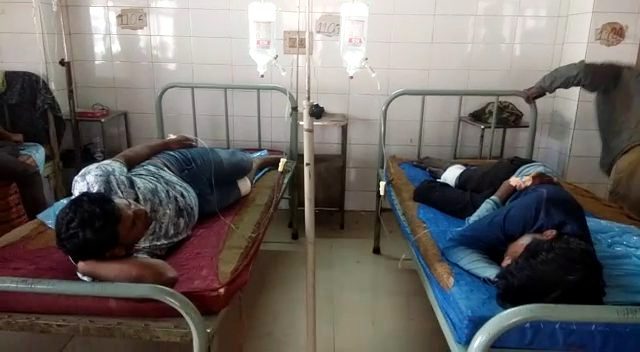 Meanwhile, the accused duo identified as Biswajit Barik alias Muna of Kaipadar village in Khordha district and Manoj Sahu of Polsara area in Ganjam district have been admitted to to MKCG Medical College and Hospital here for treatment. The two have sustained bullet injuries in their legs.

Acting on a tipoff, the police intercepted the two near Kanamana village at around 2 AM yesterday. Seeing the cops, the two opened fire at the cops in an attempt to escape arrest. However, the cops retaliated, arrested the criminal and sent them to hospital.

Police said besides other crimes, the two were involved in the recent dacoity of Chamakhandi petrol pump.