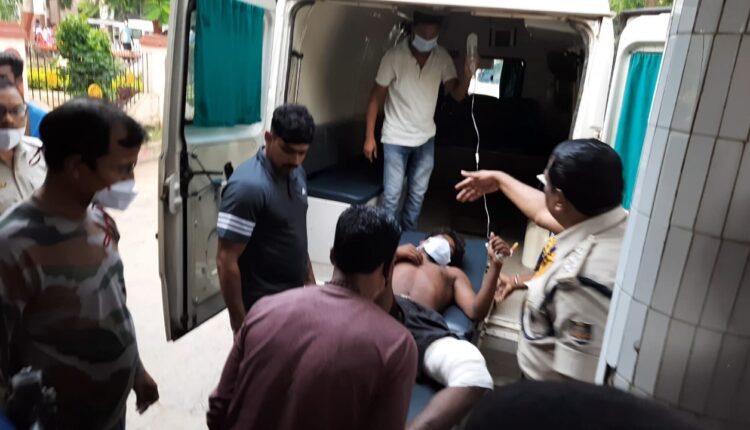 Rourkela: Two dreaded criminals sustained critical injuries during an encounter by police at Bisra locality in Rourkela in early hours of today.

The injured criminals have been identified as Mushtaq Alam and MD Guddu, two accused persons involved in 2020 murder case of Jitendra Sai at a slum under Plantside Police Station in Rourkela.

The encounter took place at around 4.40 AM.

Acting on a tip-off, a special team of police reached Bisra Mandap Square in the wee hours to nab the notorious criminals. Mushtaq, the prime accused in Jitendra Sai murder case, first opened fire at the police following which the security personnel retaliated.

In the ambush, Mushtaq and his associate Guddu sustained gunshot wounds to their legs. The duo was taken to the Rourkela Government Hospital in critical condition. From there, they were shifted to the Ispat General Hospital (IGH), Rourkela.

Police sources said that Mushtaq and Guddu were the most wanted criminals in the Jitendra Sai murder case.