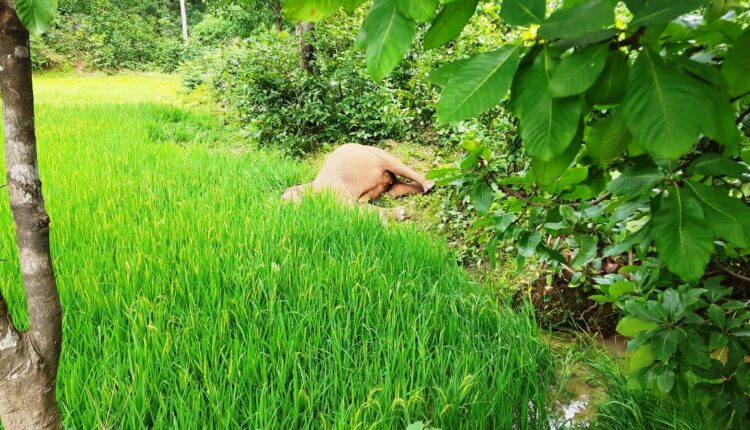 While one of the dead pachyderms is a female elephant, another is a tusker.

According to reports, the two elephants had yesterday strayed into nearby farmlands and consumed paddy crops on which pesticide was sprinkled.

It is being suspected that the incident led to the death of the animals. The actual reason behind the death will come to fore after autopsy of the elephants.

On being informed by villagers, Forest officials reached spot and started investigation.