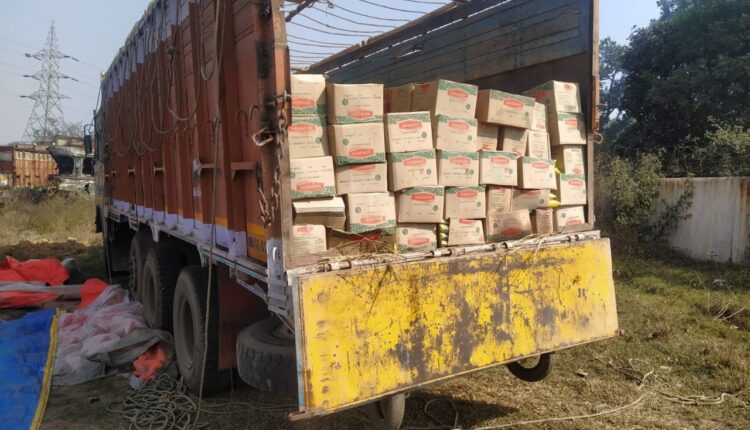 Rourkela: The Kuarmunda police today arrested two persons for allegedly looting an edible oil-laden truck while four other accused are at large.

According to reports, the six accused intercepted the edible oil-laden truck near Telkoi in Keonjhar district on January 9. They thrashed the driver and helper of the truck injuring the duo critically. The wrongdoers then shifted the cartons containing the oil to two other trucks possessed by them and tried to transport those to Muzaffarpur in Bihar.

The GST officials yesterday seized the two trucks at Kuarmunda suspecting foul play while the accused failed to produce the required documents for transporting the edible oil. Subsequently, the robbery came to fore, following which the GST officers handed over the two accused to Kuarmunda police.

Efforts were on by the police to trace and apprehend other accused.