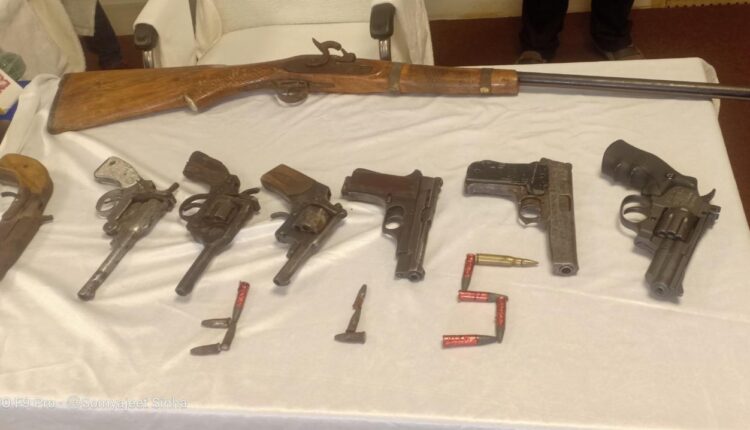 Bhubaneswar: As part of its clampdown on those selling illegal arms, the Special Task Force (STF) of Odisha Crime Branch busted a racket and arrested two persons in this connection in Chandaka area here today.

Acting on a tip-off, a team of the STF conducted a raid in Chandaka area and nabbed the two accused. The cops also seized two pistols, five revolvers, a single barrel gun and live bullets from their possession.

The accused duo Rakesh and Bikash will be interrogated to find out the network of the racket, said Crime Branch ADG Soumendra Priyadarshi at a presser here.

“The investigation is in primary stage now. We will seek remand of the two arrested after producing them before court and further investigate into the matter,” the ADG said adding  that the drive against illegal weapons will be intensified in coming days.