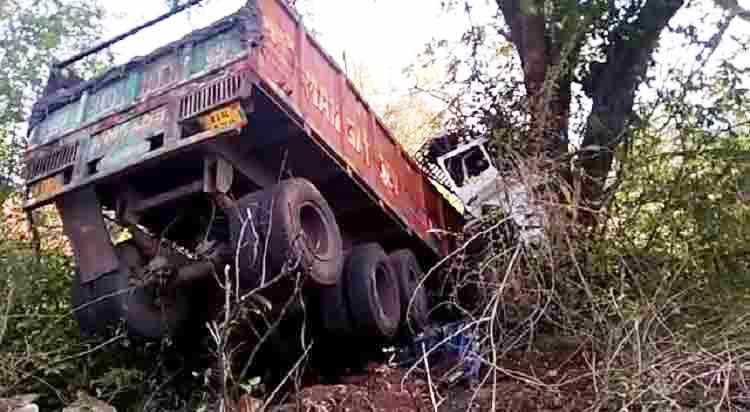 Rayagada/Paradip: At least three persons were killed and another sustained critical injuries in two separate road mishaps in the State today.

As per reports, the driver and helper of a truck were killed after the coal-laden truck they were travelling in skidded off the road and plunged into a gorge near Partapur under Seshakhala police limits of Rayagada district in the wee hours today.

The deceased have been identified as driver Burlal and helper Suresh, both are residents of Chhattisgarh.

Sources said the truck carrying coal from Visakhapatnam was going to Chhattisgarh when it skidded over the road and hit a tree in the gorge. On receiving information, police reached the spot and sent the the bodies for post-mortem.

In another mishap, a person died and his friend suffered injuries  in a collision between a bike and a Hyva truck on Cuttack-Paradip  NH-5 today.

The deceased identified as Subash Chandra Sethy is a resident of Barimula village in Kendrapara district.

The injured was first rushed to the Biju Patnaik Memorial Hospital in Paradip and later shifted to SCB Medical College and Hospital  in Cuttack after his condition worsened.