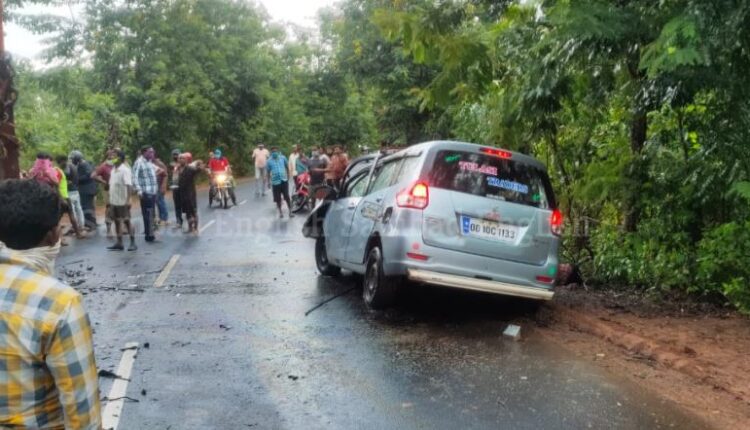 While six persons from Andhra Pradesh were returning home in a car after paying obeisance to Maa Majhi Ghariani, their vehicle collided head-on with a truck near Hansa under Seshakhala police limits in Rayagada district.

Two persons travelling in the car died on the spot whereas four others in the vehicle sustained grievous injuries. Locals rescued the injured from the mangled remains of the car.

After being informed, the Seshakhala police reached the spot and launched an investigation.

In another incident, two youths were killed and four others injured when three motorcycles collided with each other near Markapali village of Malkangiri district. Following the mishap, locals admitted the injured in the Malkangiri District Headquarters Hospital.