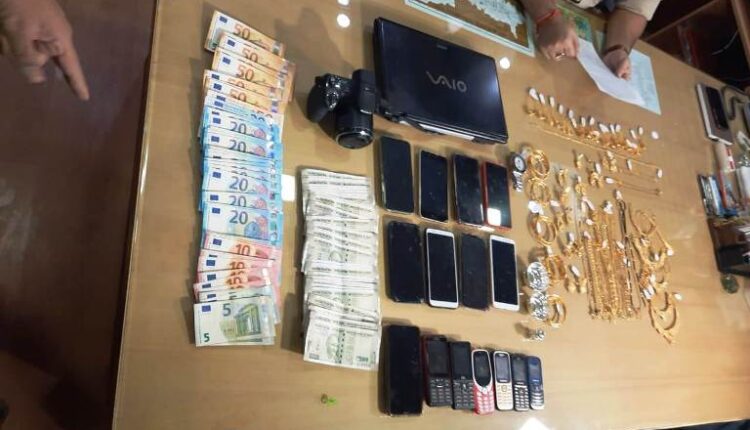 Berhampur:  Busting a looters’ gang that was involved in several burglary cases in Ganjam district in the last one year, police  nabbed two youths aged 21 and 27 years last night and recovered 540 gram gold, 100 gram silver and other valuables from their possession.

At a presser, the Berhampur police today said unidentified miscreants had looted gold jewellery weighing around 600 gram and Rs 4.42 lakh cash from the house of one Sunil Panigrahi in Bedabandha Sahi under Gosaninuagaon police station on September 23 night.  The next day, a case was registered  under Sections 457 and 380 of the IPC. Besides, several cases of house burglary were reported from various places, including Lochapada, Shakti Nagar, Govinda Vihar, Banchhanidhi Nagar, Saradhabali and Basanta Vihar in the last one year.

To detect the cases, teams were formed led by Berhampur SDPO and IICs of Gosaninuagaon, Badabazar, B Town, BN Pur, Digapahandiand and Sadar police stations under direct supervision of Berhampur SP.

During interrogation, they confessed to have jointly committed the burglaries in the last one year. Further investigation is on in this connection, said a released issued by the  Berhampur police.