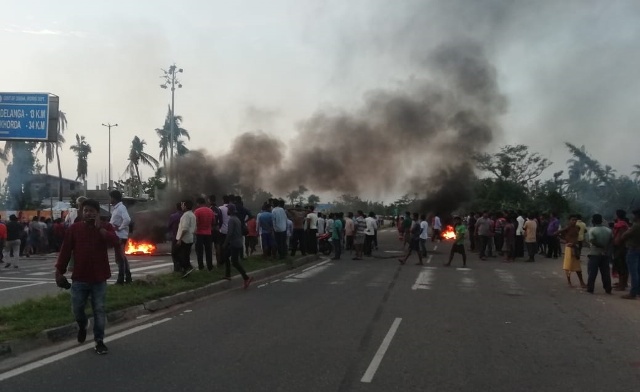 Puri: Intensifying its investigation, the Puri police today arrested two main accused in connection with the sensational triple murder at Patanaikia Square in the Pilgrim City on July 14, police said.

The accused were identified as Mitu Behera and Punia Behera. The duo, who had planned and executed the broad day-light murder, were arrested from a jungle near Pipli in the district, said Puri SP Uma Shankar Dash in a press meet here.

With this, the police have so far arrested eight persons in connection with the murder. “Five more accused are still on the run and our team will soon nab them,” the SP told the media.

According to police, the arrested have been identified as relatives of the deceased. An enmity was prevailing between the deceased and accused over land dispute. The murder was a fallout of the past enmity.

Three members of a family– Purna Chandra Behera, Krushna Behera and Panchua  Behera– were allegedly hacked to death with sharp weapons near Patnaikia Chhak under Satyabadi police limits in the district on July 14.