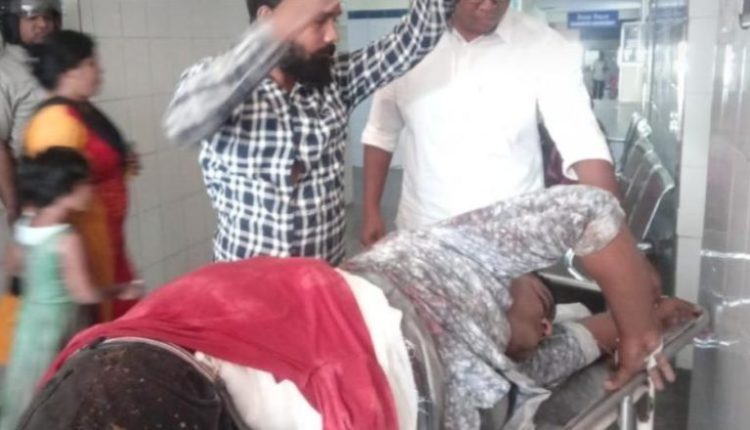 Rourkela: Two persons were critically injured in a gas cylinder explosion at a male salon in Panposh this evening. The injured, Govind Chakravorty and Chandan Thakur have been admitted to the Ispat General Hospital for treatment.

As per reports, Chandan’s brother-in-law Vijay had bought a cooking gas cylinder today. When turning on the cylinder valve at Chandan’s salon, there was a big explosion. The impact of the blast was so severe that Govind, a neighbouring shopkeeper was injured in the stomach after a piece of the cylinder hit him.

Locals rushed the duo to the Rourkela Government Hospital and later shifted them to the IGH after their condition deteriorated.