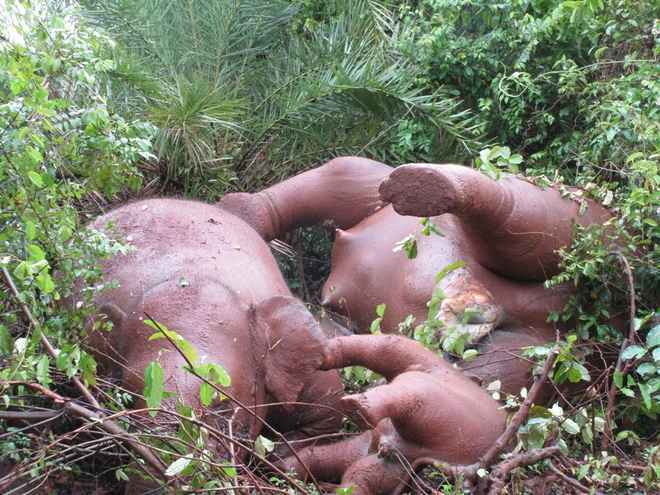 Bhubaneswar: The Forest Department today suspended two of its employees in connection with the death of three elephants due to electrocution at Borapada forest on the outskirts of Odisha’s district headquarters town Dhenkanal on Saturday last.

According to reports, the Department has suspended Forester Punya Bikash Bhoi and Forest Guard Srikant Guru in connection with the incident.

In addition to that, the Department has registered cases against four employees of Enzen Global Solutions.

Energy Minister Prafulla Kumar Mallick who visited the spot on Saturday had held discussions with officials of Forest Department. He had assured of action against those who would be found guilty after the inquiry.

Notably, carcasses of two female elephants and a calf were found by locals inside the Borapada forest on Saturday.