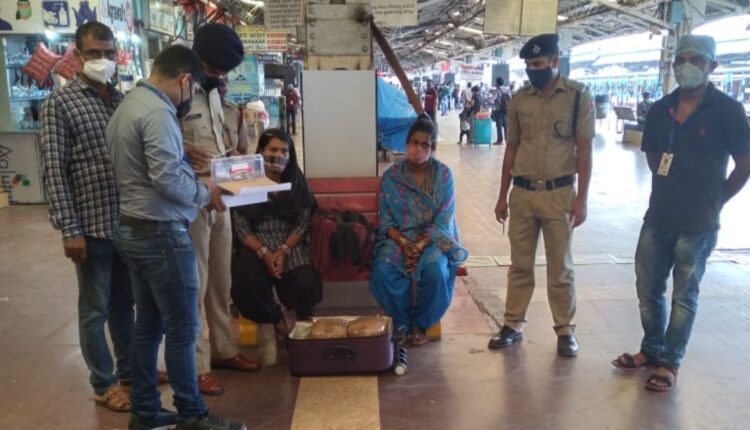 Bhubaneswar: A joint team of the Odisha Crime Branch and Railway Protection Force (RPF) today detained two transgenders at the Bhubaneswar Railway Station for allegedly carrying around 15 kg ganja in a bag.

“We had information that two transgenders carrying the contraband from Beguniapada in Ganjam district were planning to go to Surat in Gandhidham Express. Acting on the input, a joint team of the Odisha Crime Branch and Railway Protection Force searched the train but found nothing,” an official said.

“Later, we spotted the two accused sitting at the platform and found the ganja on searching their bag. The two have been detained while further investigation is underway,” he said.

The estimated price of the ganja is Rs 1.5 lakh, the official added.