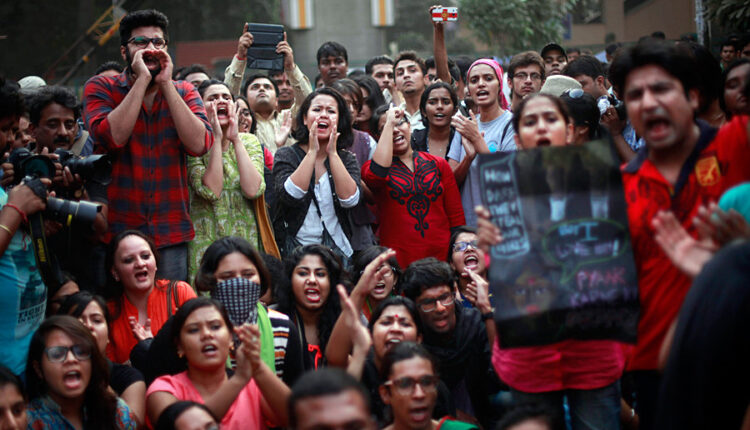 India, a nation that sought to be a ‘superpower’ by the year 2020, has failed yet another section of its population. Students, Researchers, and Scholars across the nation are struggling at the hands of a widening digital divide, an economic crisis, and to top it all, they are being denied their fellowships for months on end. Recently, a Telangana based college student from Lady Shri Ram College, Delhi University, was forced to take her life after being denied her scholarship funds for over a year.

The Department of Science and Technology awarded her the ‘INSPIRE’ scholarship after topping at her school. However, due to a crippling digital divide and the mounting financial inadequacies amidst the pandemic, she was rendered hopeless.

“The students’ union had surveyed the students to understand the impact of the digital divide. We found that she had no laptop, and it was difficult for her to attend the classes. The online classes cost her dearly for getting the data packs,” Unnimaya, General Secretary of Lady Shriram Ram College Students’ Union, and her friend had said in a statement.

It was later discovered that she was paying over 1 lakh rupees on her education. To add to her problems, she was asked to vacate her hostel due to the coronavirus pandemic, while transferring was not affordable.

The suicide of the student has since triggered much controversy while throwing light on the crippling condition of quality education in India. Another campaign that has failed to make headlines but is equally significant is the #ReleaseUGCJRF campaign. Researchers entitled to their UGC JRF release have been denied their funds for several months now.

While UGC, the body responsible for the stipend’s discourse, has allegedly always been irregular, the situation worsened since the advent of the coronavirus pandemic. Junior Research Fellows have actively been writing letters and emails to get in touch with the concerned authorities but to no effect.

“UGC is the funding body for PUR monthly stipend. UGC has always been irregular in the disbursement of fellowship amount, but now the issue has touched another level altogether. They have not released PUR stipends since July 2020. Scholars from across the country have tried to reach UGC officials and various ministries associated with it via emails and phone calls, and we have not received any concrete responses yet,” A Ph.D. student from IIT Delhi who has not received her stipend since July said in a statement.

This is the case with several other fellows who are now struggling to make ends meet due to the pandemic. As a result, their reliance on their family members is spiraling.

“Since this pandemic started, they haven’t got any fellowships from any agents like UGC and CSIR. Students are asking their family members for money to pay for hostel mess fees, institution course fees, etc.,” a Ph.D. scholar from IIT Bhubaneswar cited.

“Due to this, at such ages as 24-25 years old, Ph.D. scholars are financially dependent upon families. This tends to depression, which leads to suicide,” he added.

These students have come forward with everything in their power to get access to something they are entitled to have. From signing petitions to mailing in groups to digital protests, but their voices have gone unheard.

The delay in the release has also disrupted the research work of such scholars.

“This delay in releasing the fellowship amount is causing financial distress among us, and our research is suffering. I mean, who can think of research when they don’t have money to survive, especially during this difficult pandemic situation,” the researcher from IIT Delhi had said in a statement. On being asked about her demands, she emphasized the uncompromising need to release the JRF stipend with immediate effect.

“Placing a proper mechanism for timely disbursement of the fellowship and total transparency of the procedure” were among her other demands.

Another scholar pursuing his Ph.D. from IIT Delhi was greatly “disappointed” by the magnitude of problems he has been introduced to after having strived enough to get into eminent institutions such as the IIT Delhi. Due to the ongoing challenges, he informed Sambad that he has decided to resign from his current program to continue his research in the states hoping that it will be just.

A Ray of Hope

Without surprise, the UGC has been slapped awake by the LSR student suicide case. According to the latest updates, the University grants commission (UGC) on Monday declared that the pending fellowships for Junior Research Fellows (JRF) and Senior Research Fellows (SRF) would be released within a week.

In-charge of the INSPIRE Programme, Dr. Sanjay Mishra blamed the delay on “financial and technical” constraints during the pandemic.

Whether or not every student gets what they deserve, stories such as these make us question the legitimacy of our “developing” nation.