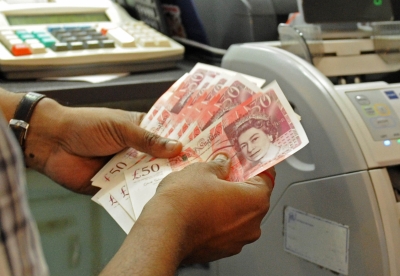 London: The British pound fell to a fresh 37-year low against the US dollar as investors worried that large-scale tax cuts announced by the UK government would bring much fiscal uncertainty.

on Friday, the pound tumbled more than 3 per cent and traded below $1.10, reaching its lowest level since 1985, reports Xinhua news agency.

The big sell-off came after Chancellor Kwasi Kwarteng had earlier in the day unveiled his ambitious plan to cut taxes and boost economic growth.

The new measures include cancelling the planned rise in corporation tax to 25 per cent, keeping it at 19 per cent, and reversing this April’s 1.25 percentage point rise in National Insurance contributions.

Kwarteng also announced a one-percent cut to the basic rate of income tax to 19 per cent in April 2023, a year earlier than planned.

The 45 per cent additional rate of income tax on earnings above 150,000 pounds will be scrapped.

Meanwhile, the UK’s consumer price index (CPI) rose by 9.9 per cent in the 12 months to August.

To tackle high inflation, the Bank of England (BoE) on Thursday increased interest rates by 0.5 percentage points to 2.25 per cent, the highest since 2008.

Elevated inflation, the ongoing energy crisis in Europe and the strengthening US dollar have continued to put pressure on the British pound.

The decline in the pace of rate hikes by the BoE compared with the US Federal Reserve also contributed to the weakness of the British currency.