Ukraine-returned medicos to get admissions in Indian medical colleges! 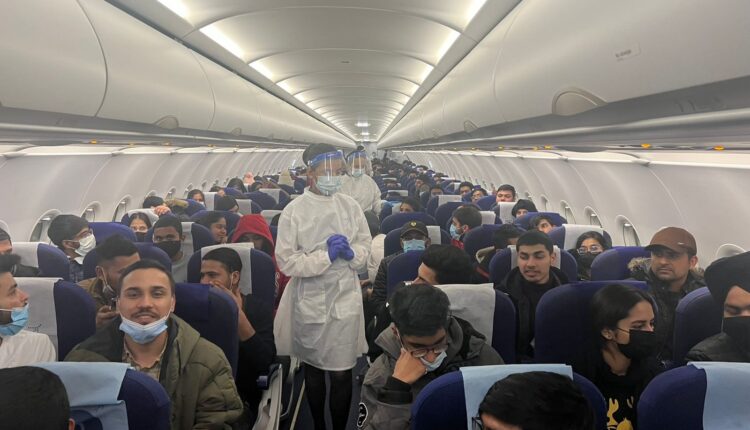 New Delhi: The Centre is in discussion with the National Medical Commission for accommodating the Indian medical students, evacuated from war-torn Ukraine, in Indian colleges as they left their studies in midway amidst the ongoing crisis in the eastern European nation.

Students pursuing medicine from foreign universities need to clear the ‘Foreign Medical Graduate Examination’ (FMGE) in India to start practice in the country. According to a source, the government is considering the provisions on ‘humanitarian ground’ to make some changes in FMGE to adjust these students in medical colleges in the country.

The source said that the concerned departments are looking into the matter “seriously” and “will do whatever possible” to ensure that the evacuated students can continue their studies.

Meanwhile, the Indian Medical Association has also written a letter to the Prime Minister Narendra Modi over the uncertainty looming on the fate and future of these medical students.

The IMA has recommended “all the evacuated medical education learners who are Indian Citizens and have procured admissions there upon seeking eligibility certificate from the statutory authorities in India and at various stages of progression there be adjusted as a onetime measure in existing medical schools in the country through an appropriate disbursed distribution…”.

“Resultantly, on passing out they will be as good as Indian Medical Graduates and not Foreign Medical Graduates. This will not only be a great sucker to saving all of them from their uncertain fate and future but would also go a long way in catering to a larger human cause in a most befitting manner,” the IMA said in the letter.

[Viral Video] Bride thrashed by family members as she calls…