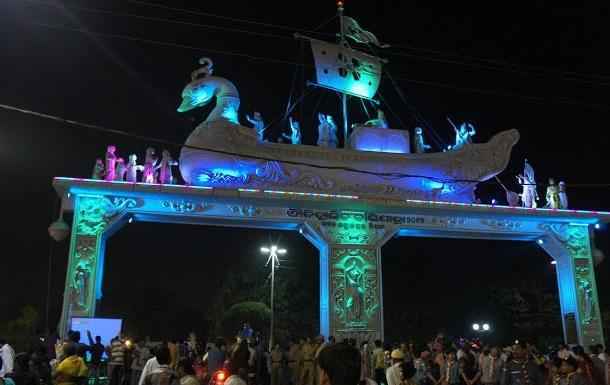 Bhubaneswar: The long wait and hope for witnessing historic Bali Jatra on city’s outskirts seems to be faded away with no consent by Commissionerate police here.

It was a huge blow to lakhs of denizens in the city, which was all set to make a debut in holding a week-long event on Kuakhai river banks from Nov 4 till 9 this year, when the Commissionerate denied giving permission for Bali Jatra in Bhubaneswar due to various reasons.

DCP Satyabrat Bhoi said that the venue under Irrigation and Water Resources departments was not suitable for organising a mega event like Bali Jatra in Bhubaneswar.

Firstly, it is required to get nod from both the departments. In view of safety, electrification, traffic control, transport system and mass public gathering, the place was not perfect. Even, there is time limit for getting necessary permission for the trade festival, Bhoi said.

On the other hand, the National Green Tribunal (NGT) may also raise question on holding Bali Jatra on the river banks.

As it is not possible to hold the event in Bhubaneswar, the organiser has been informed about it through a letter, Bhoi said.

The Commissionerate police will discuss further with the local MLA, Khordha Collector and concerned officials about the event here today, he added.

According to reports, like Cuttack, the local administration was planning to organise the famous Bali Jatra from this year in Bhubaneswar to commemorate the maritime glory of Odisha. The preparation by a committee headed by Bhubaneswar (north) MLA Priyadarshi Mishra was in full swing in the past three months.

However, few locals had been opposing the proposal to hold Bali Jatra.