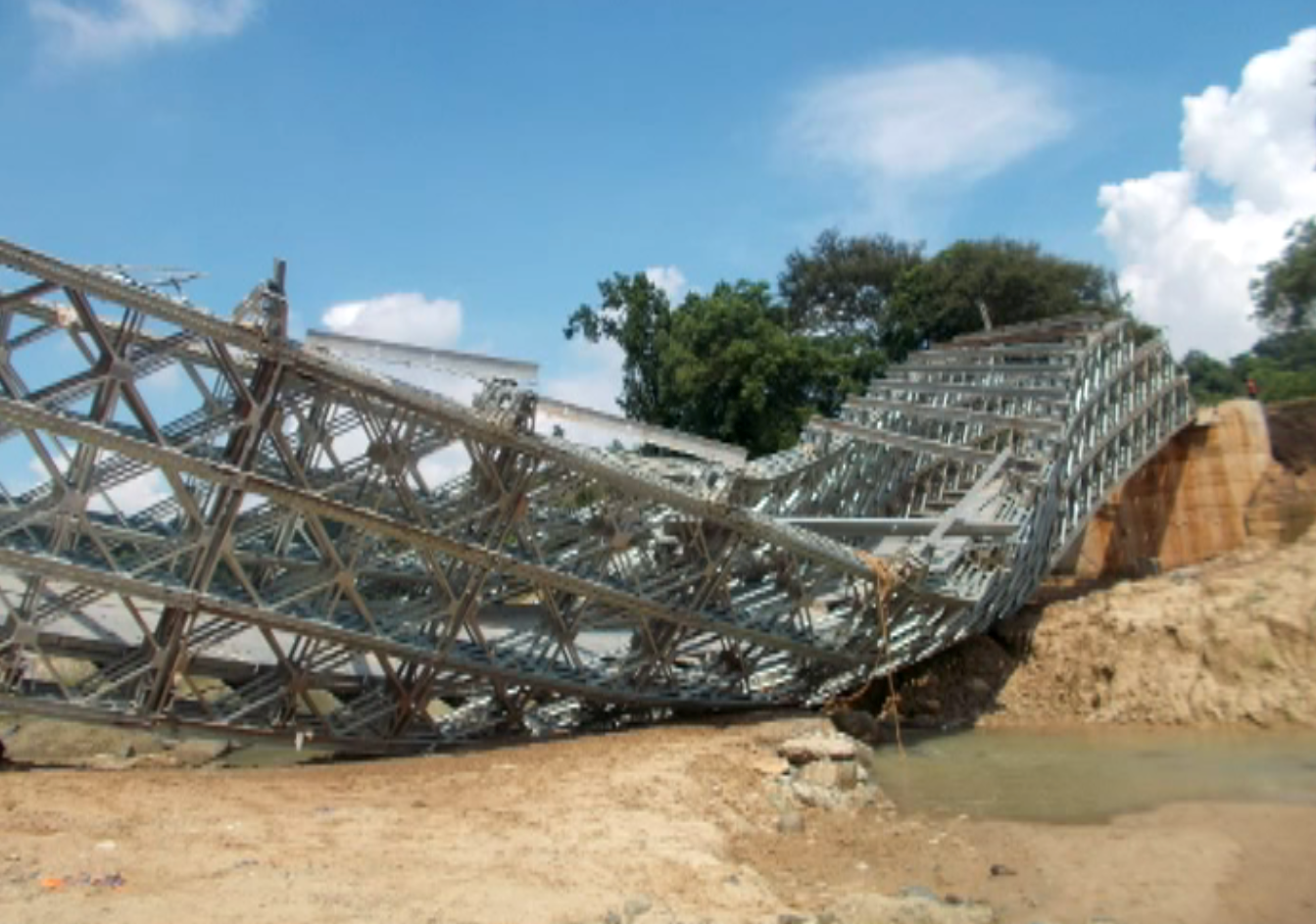 According to reports, the bridge near Kholagadia under Harichandanpur block in the district caved in about 7 pm on Sunday while it was in its final stages of construction and was scheduled to be competed on Monday.

Fortunately, no causality has been reported as no one was at the spot at the time of collapse.

“We had been complaining that the inferior quality produces were being used in the bridge. However, no one paid heed to us leading to such incident,” a local villager said.

The top officials of the Rural Development Department (RDD) have, however, made light of the incident.

“The mechanical part of the bridge has caved in due to recklessness. There is no technical fault in the construction. The construction company would once again repair it,” Executive Engineer of Anandapur Rural Development Department, Alok Ranjan Mohanty said.

As per reports, Bridge and Roof Company, a public sector enterprise, was awarded the contract for constructing the bridge. The fully-funded project built at an estimated cost of Rs 2.3 crore took off in December last and was on the verge of completion.

The department had planned to disburse fund in three phases –Rs 1.5 crore for steel materials, Rs 60 lakh for foundation and Rs 20 lakh for concrete construction – to facilitate communication. The company had inked agreement to construct 14 such bridges in the district.

“There might be some mechanical problem in the bridge. We have successfully erected several bailey bridges in the district. The company will be given full amount after it repairs the bridge,” Rural Development Minister Badrinarayan Patra said.