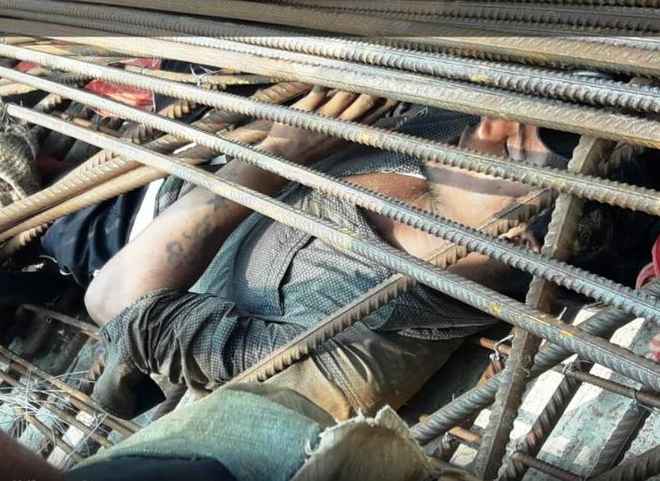 At least two persons were critically injured and several others are feared trapped under the debris of an under-construction bridge that collapsed at Tikarapanaga near Bhutamundei in Odisha’s Jagatsinghpur district today.

According to reports, an under-construction bridge over Paradip-Haridaspur railway line crumbled.

The injured have been admitted to SCB Medical College and Hospital in Cuttack.

14 injured as bus overturns after dashing against tree in Odisha

Miscreants fire at police; one flees, another arrested in Odisha