Prison sources said Bhoi had been arrested under the POCSO Act in January and was mentally distressed as he was unable to get bail since eight months. 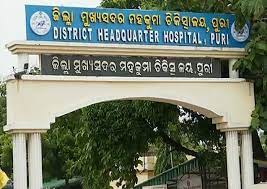 Puri: In yet another case of custodial death, an undertrial prisoner was found hanging inside Puri district jail in Odisha on Thursday. The deceased was identified as Shivaprasad Bhoi (45) of Biswanathpur within Satyabadi police limits here. Jail authorities informed that the body has been recovered and while it is a suspected case of suicide, the exact reason of death is yet to be ascertained.

Prison sources said Bhoi had been arrested under the POCSO Act in January and was mentally distressed as he was unable to get bail since eight months. This could have possibly led him to take such a drastic step, they said, adding that the cause of death will be established only after proper investigation.

Last month, a similar incident had taken place inside the district jail where an undertrial prisoner from Balanga suffered fatal injuries on his neck after he reportedly slashed his own throat. He was rushed to the district headquarters hospital where he succumbed during treatment.

The deceased identified as Dhirendranath Baral alias Papu was arrested by Puri Sea Beach police on August 23 on charges of demanding ‘dadabati’ (protection money) from shopkeepers, hotel and lodge owners near Swargadwar. He was booked under sections 341, 294, 386, 387, 506, 34 of IPC and 27 of Arms Act. Since then, he was lodged at Puri district jail.

Since another such case was reported just within a month’s time, Bhoi’s death has triggered panic across Puri raising serious concerns on the state of affairs inside the district jail and negligence of prison authorities.