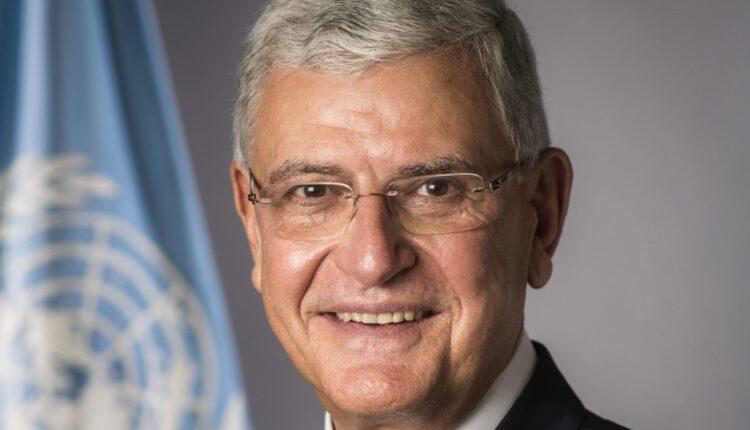 United Nations: The President of the 75th session of the United Nations General Assembly (UNGA), Volkan Bozkir, has called for protecting civilians following the reported twin suicide explosions outside of Kabul airport.

“Protection of civilians and rights and freedoms of Afghan people – in particular women and children must be a priority,” the UNGA president said on Thursday in a note emailed to UN correspondents, Xinhua news agency reported.

Bozkir noted that for 40 years, the General Assembly has addressed “the situation in Afghanistan,” focusing on peace, stability, good governance, human rights and development.

“During its last meeting on December 10, 2020, the UN membership expressed much hope with many fronts in Afghanistan’s path towards peace and political reconciliation.”

“Unfortunately, the hope is overshadowed with recent developments during the past two weeks. Above all, the news of reportedly twin suicide explosions today, outside of Kabul airport, is alarming,” he said.

“This grotesque development will only complicate and debilitate efforts, among others, at evacuations. This is unacceptable. The situation in Afghanistan is most concerning,” said the UNGA president.

“Violence, the threat of terrorism, an unstable security situation and growing civilian casualties have strong potential to derail the Afghan-led, Afghan-owned peace and reconciliation, which is the only path to enduring peace and stability,” said the veteran diplomat.

He said that Afghan leadership, from every ethnic and political groups, “cannot squander this opportunity to come together to forge a collective pathway to peace, security and prosperity, for its people and for the region.”

“The United Nations must lead the way in assisting the people of Afghanistan at this crucial juncture. More than ever the Afghan people need the support of the international community to preserve hard gained achievements and overcome the many challenges facing security, sustainable development, and the economy,” he added.