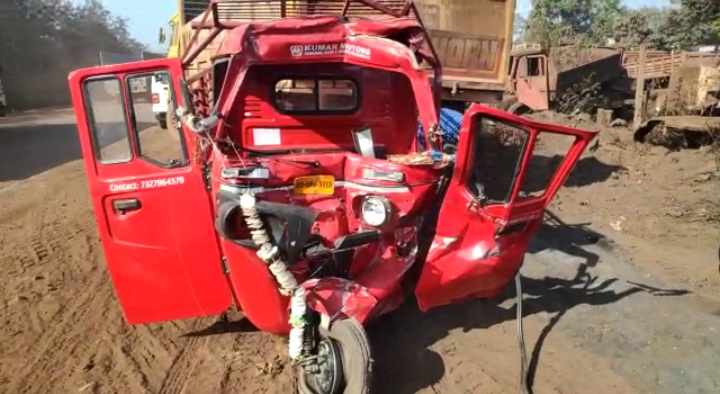 Keonjhar: Two persons were killed and a woman sustained critical injuries after an unknown vehicle hit an autorickshaw here in the district last night.

The accident took place at around 10.00 pm on Saturday when Jambu along with his wife Kunkuli was traveling in an auto-rickshaw towards Bileipada.

The trio was rushed to the DHH in critical condition where Jambu and Mithun were declared dead. The condition of Jambu’s wife Kunkuli is stated to be critical.