UP Assembly Elections: Hathras victim’s family will not contest polls 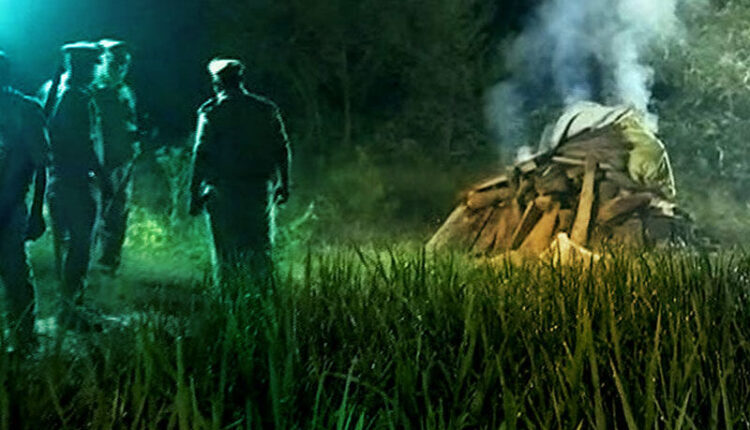 Hathras (UP): The family of the 19-year-old Hathras victim has turned down a proposal to contest the UP Assembly elections.

“We have not been approached by anyone so far. Our aim is to get justice for my sister. If anyone wants to approach us, they are welcome but, so far, no one has contacted us,” said the victim’s younger brother.

Asked about the Unnao rape victim’s mother contesting the elections, he said: “The verdict in their case has been delivered and the accused has been convicted.”

The family’s reaction came amid reports that the Congress had offered them a ticket for the elections.

The 19-year-old Hathras girl had been gang-raped by four men in September 2020 and she died ten days later in a Delhi hospital. Her mortal remains were cremated in the dead of the night by the local administration despite protests by the family.

The incident led to national outrage and became a major political issue, focusing on atrocities on Dalits.

UP Congress general secretary Shyam Sundar Upadhyaya meanwhile said: “No decision in this regard has been taken so far, but the party will ticket to people who have been victimised so that they can be empowered and fight for their own rights and help others too.”

Congress general secretary Priyanka Gandhi Vadra, who has given the slogan ‘Ladki Hoon Lad Sakti Hoon’, along with her brother Rahul Gandhi, had gone to meet the family of the rape and murder victim in Hathras in October 2020, a few days after the girl died in a Delhi hospital. Assuring the family of all possible help, the Gandhi siblings had then said no one can stop them from standing for justice and truth.