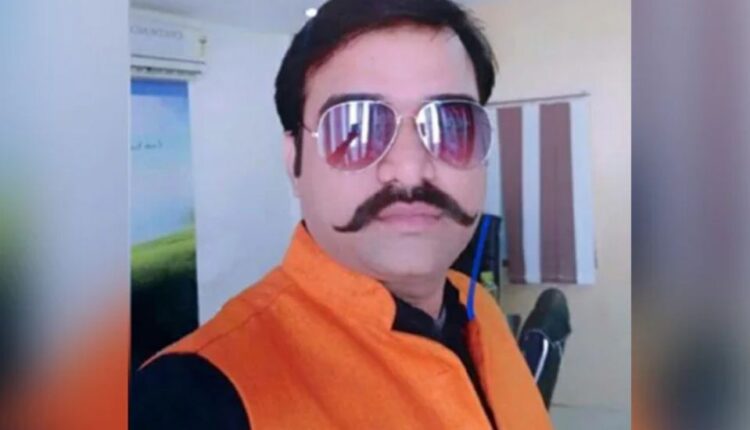 Gorakhpur (Uttar Pradesh): As many as six Gorakhpur policemen have been suspended after Manish Gupta, a businessman from Kanpur, was found dead following a police raid at a city hotel, where he was staying with two friends from Gurugram.

The Gorakhpur police said the man, identified as 36-year-old Manish Gupta, slipped during the routine police checking and injured himself.

However, one of Gupta’s friends, Hardeep Singh Chauhan, who was staying with him in the hotel, alleged that the police brutally thrashed Gupta.

Gupta’s wife Meenakshi and his father Nand Kishore, have also accused police of beating him.

Gorakhpur Senior Superintendent of Police (SSP) Vipin Tada, said that six policemen, including a station house officer, a chowki in-charge and four constables, were suspended on Tuesday night in connection with the death of the Kanpur realtor.

“During a routine checking drive, police found that these three men were the only group who were from different places, but were staying together at the hotel. So, they were checked on the basis of suspicion. In the chaos caused by the police checking, one of the men slipped and suffered injuries. He was rushed to Baba Raghav Das Medical College, where he died. It was an accident,” Tada said.

Hardeep told reporters that he along with his brother Pradeep Singh Chauhan, 32, and Gupta came to Gorakhpur to meet their friend Chandan Saini.

Hardeep said the three of them were sleeping when five to six policemen led by SHO of Ramgarh Tal police station, Jai Narain Singh, and chowki in-charge of Phal Mandi, Akshay Mishra, knocked at their door and asked for their identity cards around midnight on Monday.

“I woke Manish up and asked him to give his card, but he objected to questioning at the odd hour. At this, the cops became aggressive and started searching our bags and belongings. I asked them why we were being treated like terrorists. At this, Jai Narain Singh and chowki in-charge Akshay Mishra, who I believe were drunk, threatened to send us to jail and started slapping us. They pushed me out after beating me. Then I saw them dragging Manish, who was in an unconscious state, with blood flowing from his head and face,” Hardeep told reporters.

Gorakhpur is the home district of Chief Minister Yogi Adityanath.