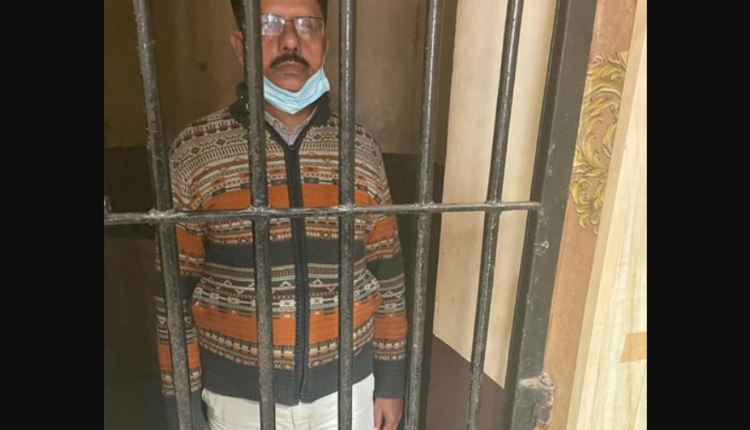 Lucknow: An undersecretary-level government officer in Lucknow has been arrested after a video of him molesting a contractual worker went viral on Thursday.

The accused, Ichharam Yadav, is posted with the minority welfare department as a section in charge in Lucknow.

The victim alleged that the undersecretary has been harassing and molesting her since 2018. She said that she had been threatened with being sacked from her job if she complained.

The video was shot by victim. Have blurred to safeguard her identity. pic.twitter.com/vt2a7ZDsbW

Recently, she picked up courage and made a video of Yadav, in which he could be seen forcing himself on the woman as she tries to push him away.

The woman then registered a complaint with the Hussainganj police station on October 29.

The woman presented multiple videos of such incidents as evidence to the police. She alleged that the police had initially failed to arrest Yadav as he was well connected through his position as an undersecretary.

Finally, the victim put the video on social media.

According to Additional Deputy Commissioner of Police (ADCP) Central Khyati Garg, a case was registered in the matter on October 29 and an investigation was in progress.

“The woman was called a few times to record her statement. After recording the statements and examining the evidence from both parties, action was taken,” she said.

YouTube removes visibility of public dislike counts on all videos