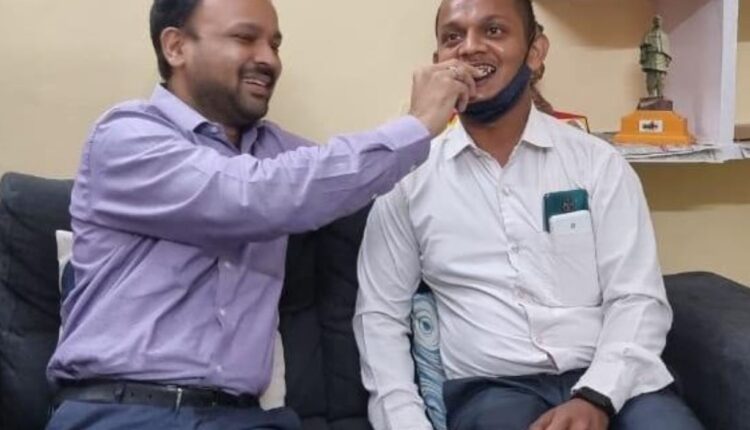 The journalist, Krishna Tiwari, and the officer were also seen offering sweets to one another. A photo of this also went viral on social media.

The journalist Krishna Tiwari said that the officer had unknowingly hit him due to some confusion and had apologized for his deed.

“The officer also spoke to my family members and regretted the act,” said the journalist.

On Saturday, during polling for block pramukh in Unnao’s Miyaganj block, the CDO was caught on camera assaulting the video journalist. Later, journalists staged a protest.