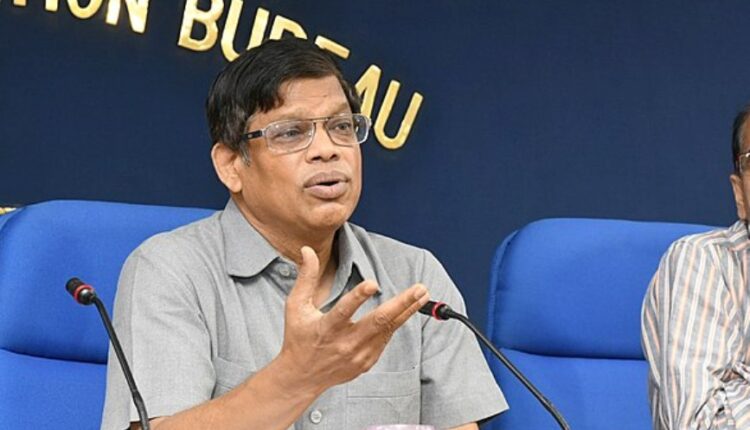 Bhubaneswar: Chief Minister Naveen Patnaik appointed retired IAS Upendra Tripathy as Advisor-cum-Working President and Chairman of the Executive Committee of the Odisha Adarsha Vidyalaya Sangathan with the status and rank of Minister of State today.

According to a statement issued by the Chief Minister’s Office (CMO), Tripathy will also discharge the duties as Principal Advisor (Education) to the Chief Minister.
Tripathy, an IAS officer of Karnataka cadre 1980 batch, brings in both global and local experience and expertise from across the world.

As the Commissioner of Public Instruction in the province of Karnataka, between 1999-2001, that had 3,00,000 teachers and around one crore of students then, Tripathy introduced a plethora of innovations, some of which continue even today from quality of education to access and use of technology.

Tripathy is the first and founding Director General of International Solar Alliance. He is known for receiving the prestigious Prime Minister’s Award for excellence in public administration in individual category.

He has also received several other awards for his innovations and ideas during his career as a civil servant.

Tripathy was also the Secretary to the Ministry of New and Renewable Energy, Govt. of India. He also served as an Advisor (Agriculture and Marine Products) in the Indian Embassy in Brussels.

Tripathy, a native of Kahakapur, near Rambha in Ganjam district studied in Ravenshaw College, then Jawaharlal Nehru University and Carleton University, Ottawa, Canada.

He has volunteered to serve his home state Odisha without any salary and to contribute his part in the transformation of education system.

Worth mentioning, the post of Advisor-cum-Working President and Chairman of Executive Committee of the Odisha Adarsha Vidyalaya Sangathan was lying vacant after the demise of educationist Bijaya Sahoo due to post-Covid complications in June this year.