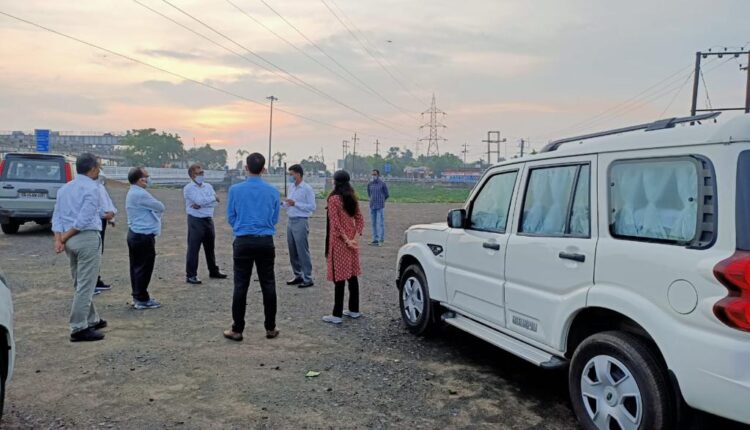 The team comprising Works and Energy Secretaries, Cuttack RDC and Collector, and representatives of Health Department inspected the site and decided to improve the existing Taladanda Left and Right Canal embankment road to a three-lane road.

The existing road from Jobra to Hind Cinema Chhak (Right Embankment) and Jobra to Cuttack Sweet Stall (Left Embankment) of Taladanda Canal  will be widened and strengthened.

“Existing 3.5 metre has been widened to 9.30 metre ​​​​(950 mtr. length) with paved shoulder.
​​​​Existing 3.5 metre has been widened to 12.30 metre​​​​(600 metre length) with paved shoulder.e Besides, a 1.5 metre width footpath has been developed on both side of the embankment with paver blocks. Five parking areas have been developed in both embankments. Plantation has been made on both sides of the road to provides scenic beauty as well as greenery. A small patch of landscaping has been developed with parking facilities in left embankment. Moreover, street lights have been installed, ” said an official release.

On January 23 this year, Chief Minister Naveen Patnaik visited the Silver City and announced regarding  upgradation of SCB for the better health service facilities for the people of Odisha.

​​For the project, improvement to existing Taladanda Canal Left and Right embankment road was felt necessary for easy access of patients and ambulances approaching from different places of the state. The embankment road will connect to Cuttack Ring Road near Jobra barrage for the better connectivity from outer city to the hospital.