US forces carry out second airstrike on Syria in 24 hrs 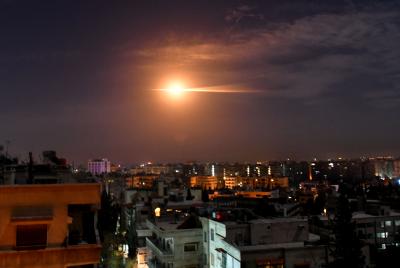 Damascus: The US Air Force has bombed new positions manned by militias loyal to Iran in Syria for the second time in 24 hours, the American military’s Central Command and a monitoring group said on Thursday.

In its report, the US Central Command said there were two or three dead and the bombings were a response to coordinated militia rocket attacks on two American Army facilities in the region shortly before.

On Wednesday, the US Air Force attacked positions also in Deir al-Zour which are manned by a group made up of Shia fighters from Afghanistan.

The Observatory said six people were killed in Wednesday’s strikes.

“The strike was necessary to protect and defend US personnel in Syria, which had been the targets of several recent attacks by Iran-backed militia groups,” top Pentagon official Colin Kahl said Wednesday in Washington.

The US soldiers were fired on several times by the militias, he added.

“This operation is a demonstration (that) the US will not hesitate to defend itself against Iranian and Iran-backed aggression when it occurs,” Kahl said.

US forces deployed in Syria in 2015 to help their allies, especially the Syrian Kurds, in their fight against the Islamic State terror group.

The was no official comment from Syrian government on the strikes.

India hiring not impacted by high global inflation, new jobs up by 29%