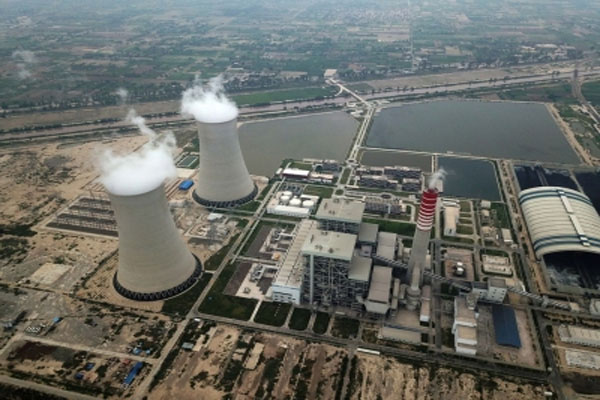 New Delhi: China-Pakistan Economic Corridor (CPEC) Authority czar Khalid Mansoor has alleged that the US is colluding with India and hatching plots against the multibillion-dollar project, Dawn news reported.

Mansoor, the special assistant to the Pakistan Prime Minister on CPEC affairs, accused the Us of conniving in cahoots with India against the economic lifeline of Pakistan, the report said.

“From the point of view of the emerging geo-strategic situation, one thing is clear: the Us supported by India is inimical to CPEC. It will not let it succeed. That’s where we have to take a position,” Mansoor said.

Islamabad is the seventh largest recipient of Chinese overseas development financing with 71 projects worth $27.3 billion currently under way as part of CPEC.

Many Western think tanks and commentators have termed CPEC an economic trap that has already resulted in bloated public debt levels and disproportionately high Chinese influence in the domestic economy.

The premier’s aide said the Us and India continue to make attempts to manoeuvre Pakistan out of China’s Belt and Road Initiative (BRI) —- a global infrastructure development plan under which the Beijing government has been investing heavily in about 70 countries, the report said.

“There’s no way Pakistan will forgo any of its benefits. It has more than once burnt its fingers in (the Western) alliance in the past,” he said, adding that their attempts to dilute China’s strategic influence in the region will fail.

He said the Western powers view CPEC as a symbol of China’s political ambition.

“That’s the reason CPEC is seen suspiciously by both the US and Europe… They view CEPC more as a move by China to expand its political, strategic and business influence,” said Mansoor, noting that China has been able to manage that apprehension “to a great extent”.

The US is now “taking stock of the economic and political consequences” of withdrawing from the region, he said.

Mansoor said Islamabad is seeking the expansion of CPEC to Afghanistan and has discussed the possibility of Taliban-led Afghanistan joining the multibillion-dollar economic corridor, the report added.

He said there’s been “deep interest” in developing economic connectivity between Afghanistan and Pakistan and with other neighbouring countries, including Iran.

“Some European countries have started showing interest (in CPEC). Their ambassadors keep on coming.”

129 people killed after stampede at football match in…