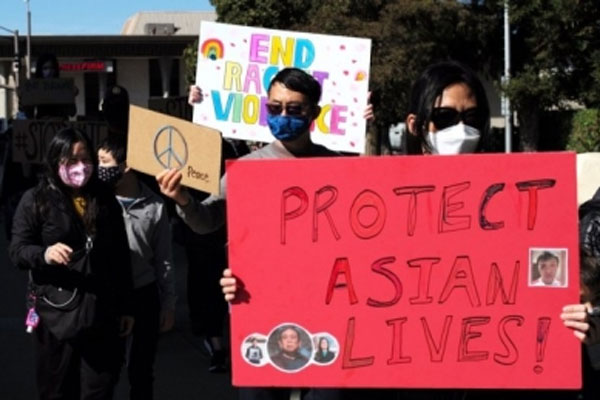 New Delhi: Thousands of families across the US are grappling with a surge in anti-Asian violence fuelled by misinformation linking Covid-19 with Asian countries or people, CNN reported.

The spike in hate crimes was particularly pronounced in New York, where more than 14 per cent of the population is Asian or Pacific Islander, the report said.

National media attention subsided toward the end of 2021, but this January has brought more horrifying news: the death of a 62-year-old Asian man from injuries inflicted in an attack in New York last April, and the alleged murder of Michelle Go, who was pushed into the path of a Times Square subway train.

Asian American and Pacific Islander (AAPI) organisations have said that the US hasn’t become any safer for the community in the past year ï¿½ and they worry that the underlying problems that led to people being targeted still haven’t been addressed.

A survey of more than 1,000 AAPI respondents from September to October found that roughly one in five had experienced a hate incident in the past 12 months, according to Stop Hate AAPI, a centre that tracks reports of racism and discrimination against Asian Americans and Pacific Islanders, the report said.

Experts say the real number is likely much higher, as many attacks aren’t classified as hate crimes due to lack of evidence that identity was the motivating factor. Language barriers and long-standing distrust of law enforcement also contribute to underreporting.

H1-B visas registration for FY23 to begin in March, says US; here’s how you can apply